TSU’s achievements during the Year of Science and Technology 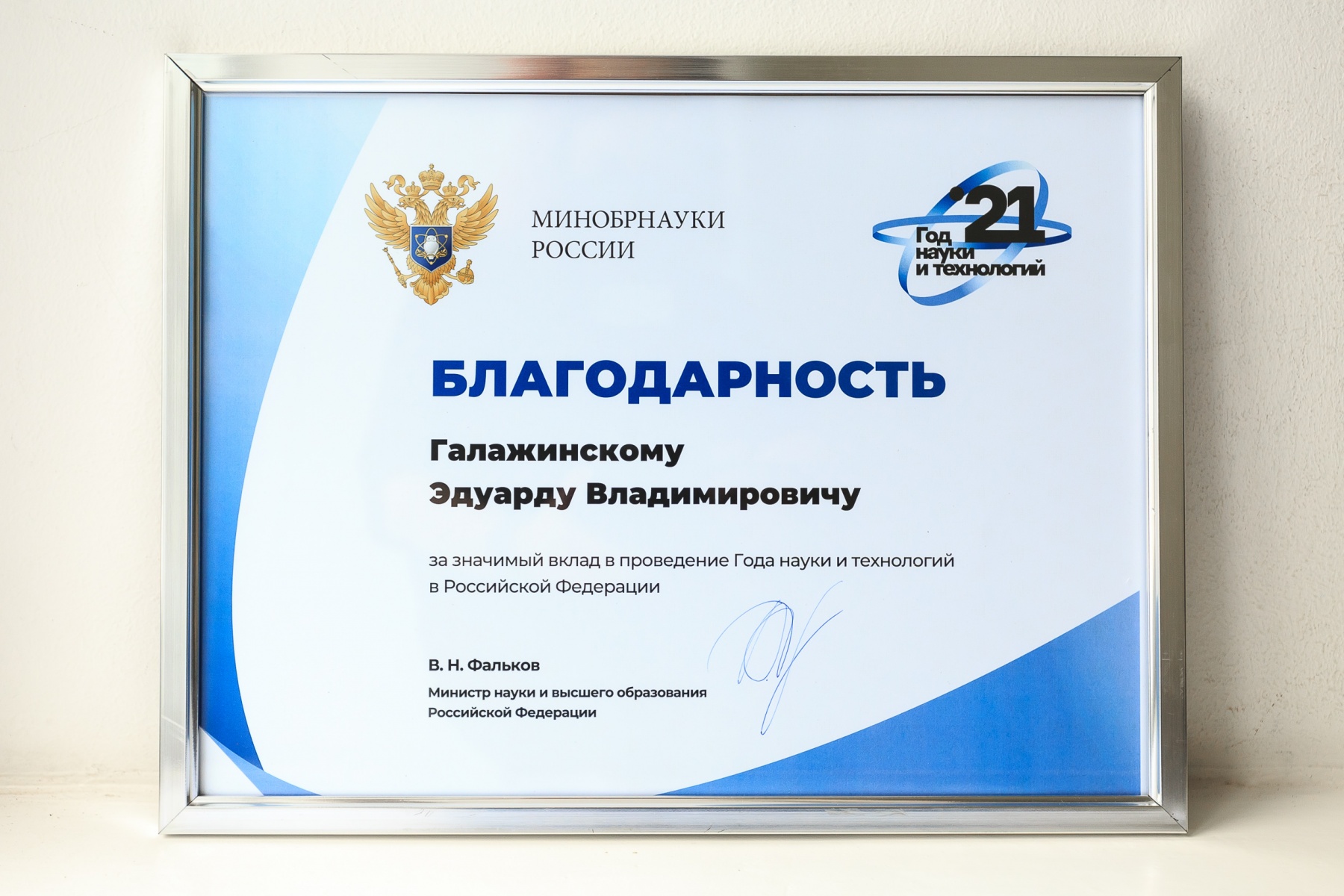 “The Year of Science and Technology demonstrated how important the growth of science and education is for the development of the country, and the results of the 5-100 Project and the start of Priority 2030 provided a vector for the future work of universities and research institutions,” the Rector said.

During the joint meeting between the State Council and the Presidential Council for Research and Education, Vladimir Putin highlighted that the key result of the Year of Science and Technology was the new level of quality in learning.

“I think it is only right if the Year of Science and Technology becomes a start of the Decade of Science that will stimulate further growth of science in the Russian Federation. I am sure that this decision will be supported by all the political and social forces,” the President summed up. 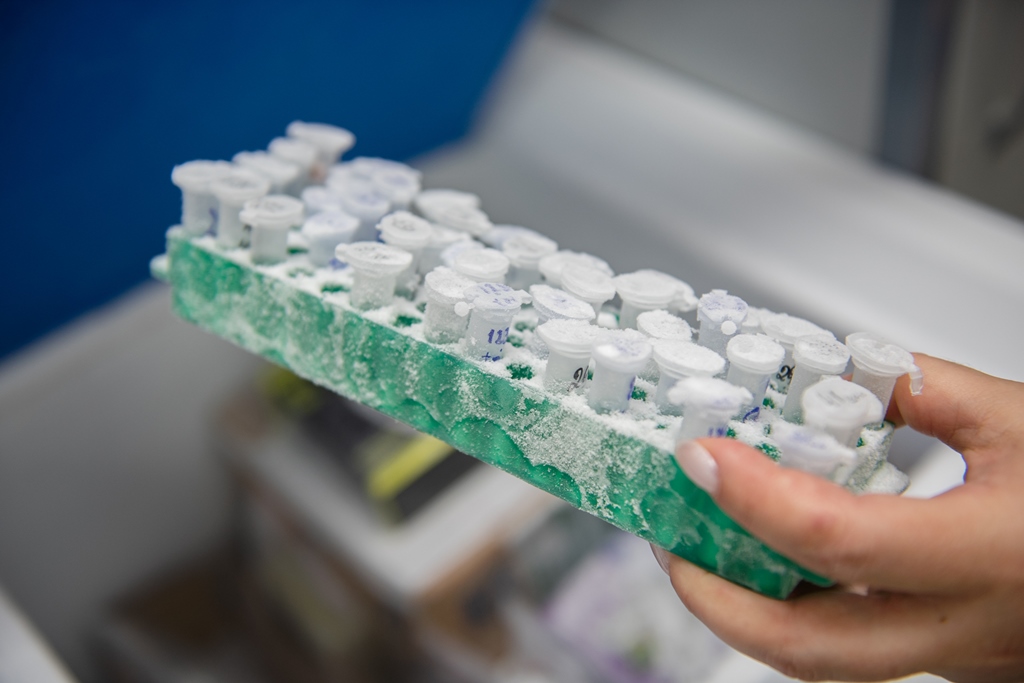 Cell cultures studies enable conducting research on a deeper level. Now, with the necessary information, scientists can manipulate cellular-level processes – for example, switch on and off various enzymes and ion channels – which is impossible when studying cells in organisms.

April: Space exploration
The TSU Observatory was founded in 1923 and thus has an almost century-long history. However, 7 years ago it was temporarily abandoned. Thanks to the effort of students and teachers of the TSU Faculty of Physics, the observatory is now reborn. The room was cleaned and the instrument was restored. The telescope enables scientists to see all the planets from Mercury to Neptune as well as bright star clusters, comets, and asteroids.
The Department of Astronomy and Space Geodesy staff noted the growing interest of the general public in astronomy, and an excursion for school children will take place soon. Nevertheless, the first reason for bringing back the observatory was students. Now, aspiring astronomers can make real observations.

TSU opened the design center Vertical, based at the Research and Education Center Engineering Center on Microwave Technologies. Its goal is to develop trusted instruments for telecommunication systems, including 5G. Yury Mikhailov, chairman of the science and technology council of the Russian Military-Industrial Commission, Vice-chairman of the board of the Russian Military-Industrial Commission, and member of the Russian Academy of Sciences, participated in the opening event.
Russia currently needs to create independent technologies and infrastructure platforms to implement them. The country aims to establish and develop a digital economy in the near future. Therefore, it is necessary to create reliable telecommunication systems. A high level of cybersecurity of these systems can be guaranteed only if both the integrated system and all its elements are developed domestically. The center is helping to solve this problem.

During his visit to Tomsk, Mikhail Mishustin, Prime Minister of the Russian Federation, stated that the government was ready to co-fund an interuniversity campus in Tomsk. Under the national project Education, Tomsk will receive 18 billion rub. The new campus will become a next-generation environment and a center of an investment-attractive innovation district that will include laboratories. Therefore the campus will be a starting point for projects in cooperation with universities, research institutes, businesses, and industry.

In July, Tomsk hosted the U-NOVUS forum, organized by TSU and the Tomsk Region administration. The U-NOVUS 2021 agenda included issues of partnerships in cybersecurity; training qualified staff for facilities of critical information infrastructure; creating the standard for educational programs in synthetic biology; the electronics industry; developing an independent component base; the future of digital technologies in exploring hard-to-recover oil reserves; climate change and its influence on the quality of life; and transferring from cloud to edge computing.
The forum lasted until October 28 and was conducted in a hybrid format with most of the events taking place online.

Tomsk State University won a 150 million ruble grant from the Ministry of Science and Higher Education of the Russian Federation to equip the research infrastructure Megafacility (a network of research stations) to study Siberia and the Arctic. This will enable scientists to gather more precise and detailed data on the thawing of icebergs and the amount of greenhouse gas emission and the transfer of it into the oceans worldwide. With better infrastructure, TSU will strengthen its position as a leader in Siberian and Arctic studies, and the results will help plan the strategic development of Russia’s northern territories.

September: Genetics and the quality of life

TSU will implement a new master’s degree program in genetics, genomics, and synthetic biology. Students will study how to analyze and edit genomes using methods of bioinformatics and genetic engineering. It will help respond to global challenges, fight dangerous human and animal diseases and pollution, and preserve biodiversity.
The core of the program is developing practical and research skills, and therefore it includes practicums in genomics and genetic engineering, and research or project work.


October: The energy of the future
This month was dedicated to new sources of energy. For TSU, this source of energy became the strategic academic leadership program Priority 2030. In October, TSU successfully defended its roadmap and was selected into the group of leaders. The university will receive more than one billion rubles from the government to create breakthrough technologies and reach a new level of energy.
By joining forces under The University of Tomsk projects, the universities of Tomsk attracted 3.5 billion rubles into the region. Together they will implement new research projects in various fields, including new energy.

The University of Tomsk (previous name: Big Tomsk University) is a collaborative project between the universities in Tomsk that involves consolidating resources and exchanging experience while preserving the autonomy of each university.

TSU won a grant from the Russian Ministry of Education to develop educational programs in AI. In three years, TSU Institute of Applied Mathematics and Computer Science and Institute of Distance Education in network collaboration with five institutions of higher education will develop six educational programs and conduct further education programs for more than 300 teachers in higher education. The government will invest 37 million rub.
According to the schedule, in 2024, the programs designed under this project will be able to enroll 600 students.

A joint project of TSU Biological Institute and Lukoil-Komi won a prestigious environmental competition and received the national environmental award of the Vernadsky Foundation in the category Preservation of Ecosystems and Biodiversity. A 5 km length of the Maly Voivozh stream, a tributary of the Ukhta River belonging to the Pechora basin, was cleaned from oil, and the level of hydrocarbons in the water decreased by 6400% percents. More than 280 projects from 68 regions of the country competed for Vernadsky Foundation award.

In December, 217 student teams from 110 Russian universities competed to win the first cybersport tournament in CS:GO, organized by TSU. A Kemerovo State University team won first place in the final round, claiming the top prize of 250,000 rub. Second place was taken by the Tumen State University team, which took home the prize of 100,000 rub. Also, National University Cybersports Association became a partner of Battle for Science, a cybertournament in Dota 2 and League of Legends organized by the Russian Ministry of Science and Higher Education.