TSU student won a scholarship from the Embassy of Indonesia

Jessica Laurentcia, a student of the Faculty of Physical Education, represented Tomsk State University at the Embassy of Indonesia in a competition “Prince and Princess of Permira” (Putra putri Permira), aimed at strengthening ties between Russia and Indonesia. She became a finalist and will receive a special academic scholarship.
The competition is organized by the Embassy of Indonesia in Moscow and the Association of Indonesian Students in Russia for students at Russian universities from Indonesia. It is an annual event that takes place before Indonesia’s Independence Day. Its goal is to find educated, talented, and active young people who can represent Indonesian culture in Russia, strengthen the relationships between the countries, and inspire youth from Indonesia and Russia to collaborate, become friends, and create and study together.
Twelve Indonesian students from the universities in Yekaterinburg, St. Petersburg, Rostov-on-Don, Kazan, Tomsk, Novosibirsk, and Vladivostok reached the final round. Jessica Laurentcia, a master’s degree student of the Faculty of Physical Education, became a finalist and won an academic scholarship of the ambassador of Indonesia in the Russian Federation and Republic of Belarus, Jose Tavares. 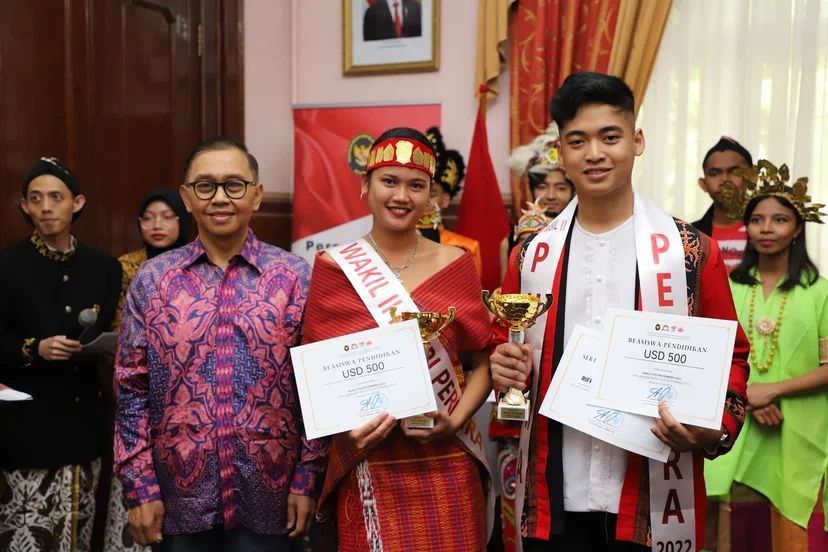 All finalists will perform various tasks for the Embassy of Indonesia for a year: support diplomatic events and develop economic, touristic, cultural, and academic collaboration between Russia and Indonesia.
For example, an international cultural event “Wonderland Indonesia” will take place at TSU in October 2022. The event is organized in cooperation with the Association of Indonesian Students in Russia and with the active participation of Jessica Laurentcia.