In the project, foreign nationals share their stories of why they came to Tomsk and decided to stay. Among the reasons are the comfort and hygge of a small university city, four distinct seasons, tolerant attitudes of locals, and the opportunity to do research on relevant scientific topics.

According to the results of the 2022 summer admission campaign, 4,258 non-Russian applicants chose to study at Tomsk universities. As the participants' stories in “New Home Country” show, the reasons for choosing Tomsk vary. For example, Ximena Calderon, a biologist born in Ecuador, learned about Tomsk State University when she worked in the Galapagos Islands and took various educational courses on the Coursera platform. She encountered courses released by Tomsk State University while browsing through the ecology section.

“I really enjoyed these courses, and I was just looking for a place to continue my studies. So I contacted the university and asked if I can apply for a master's degree. Back then, a professor from Italy, Roberto Gatti, used to work there: he studied how species adapt to changing climate conditions. And he told me that I could. He told me about a master's program in biodiversity, and it turned to be filled to the brim with modules: it had bioinformatics, genetics, and it was in the English language too. Another thing that caught my eye were the international schools in Altai, where even a Nobel laureate, Terry Callaghan, participated. I checked positions of TSU in international rankings, they were pretty high...” After receiving her master's degree, Ximena decided to stay in Tomsk for postgraduate studies. Together with colleagues from TSU Biological Institute, she is studying one of the most relevant problems in the world: the genetics of malaria mosquitoes.

Not all people come to Tomsk with a good knowledge of Russian. For example, Carlos Tizvi from Zimbabwe, who has been living in Tomsk for four years, arrived in the city knowing only two phrases: “Excuse me, do you speak English?” and “Excuse me, I don't understand you.” That being said, he decided to enroll in a Russian-language program of the Faculty of Physics and Engineering of TSU: the faculty offered a speciality on mechatronics and robotic engineering that he found interesting, but the program was only in the Russian language. 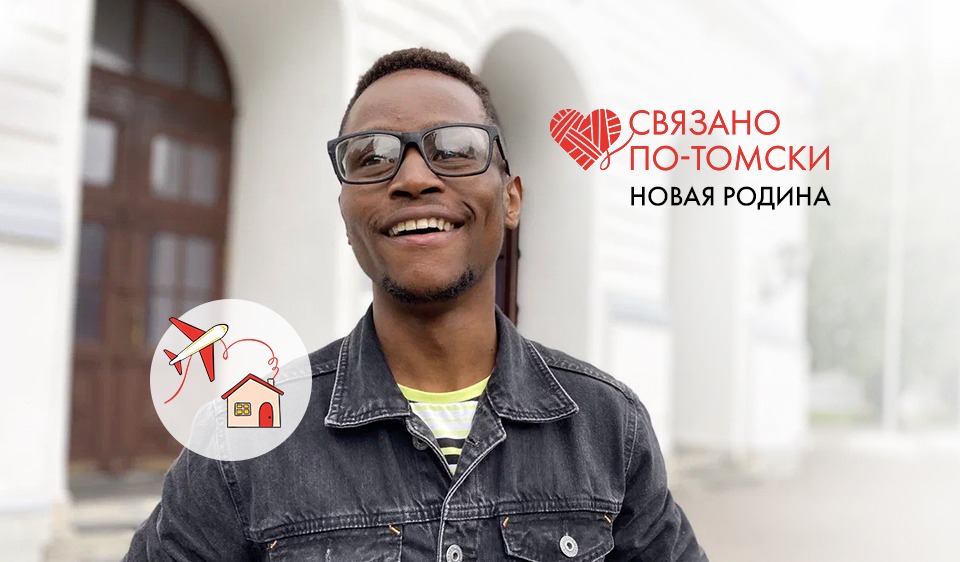 “Oddly enough, I passed the first exam period with grades higher than satisfactory,” recalls Carlos. “But this was because I didn't go on walks or anywhere else: I dedicated all of my time to studying. I came up with my own system: I would ask about the topic of the upcoming class in advance, read up on it in English, then in Russian, again in English, finally I would learn it in Russian. The hardest was the exam on mathematical analysis. I was trying to answer the questions as well as I could, and the teachers would say: it's enough for a ‘good’ grade, you are also pretty good when it comes to solving problems, but you can do better! They kept on asking additional questions, tried to give me a chance to redeem myself, but I still couldn't recite the theory perfectly. Later I would study mathematical analysis more than any other subject; and on the second exam period I received an ‘excellent’ grade.”

As it turns out, not many people are bothered by the remoteness of Tomsk. For example, an employee of TSU Engineering Chemical Technology Center, Carlos Enrique Garcia Serpas, who moved here from El Salvador seven years ago, says that it is precisely in Tomsk where he could pursue the desired degree in chemical technology and find employment in the industry. “In El Salvador, I graduated with a bachelor's degree in chemical engineering and began to look for opportunities to continue my specialized education. I had a wide choice of where to study further: Japan, England, the United States, Canada… In my country, we have state-funded programs that allow you to study abroad, but in most cases a student has to return for mandatory work for a period of at least two years. Personally, I wanted to dodge this limitation and engage in all the possibilities of professional and personal growth. Afterwards, history showed that it was the right decision: at home I would have had to work in the fields of sugar, alcohol, or geothermal electricity production; in Russia I entered the nuclear, aviation, food, petrochemical, and pharmaceutical sectors, learned a new language, and found the meaning of life by starting a family.”

Cole Kingsbury, an American-born leading staff scientist of the Laboratory of Geochronology and Geodynamics of TSU Faculty of Geology and Geography, shares another substantial reason: seeing the world.

“You only live once, that's my philosophy, and traveling is a good way to prolong life. At least it seems longer when you keep experiencing something new. My work on ancient volcanoes (large igneous provinces) took me from the Canadian Arctic to the western part of South Africa, and now I'm focused on Siberia.” All stories can be found in the section The Tomsk-Related: New Home Country of the Tomsk.ru website (in Russian)